Franco-Chinese seminar on the fight against diabetes : official press release of June 29

Franco-Chinese seminar on the fight against diabetes

Beijing, Saturday, June 29, 2019 – The French Embassy in China and the Chinese Centre for Disease Control and Prevention organized a seminar on Saturday, June 29, in China on the fight against diabetes, in association with French Healthcare and the Chinese Diabetes Society, in the presence of Mr. LEI Zhenglong, Deputy Director General of the Office of Disease Prevention and Control of the National Health Commission, Mr. LI Xinhua, Deputy Director General of the CDC and the councilor for Social Affairs at the embassy, Ms. Anne Bruant. The Director General of Health of the French Ministry of Solidarity and Health, Prof. Jérôme Salomon, delivered a video relayed speech. The aim was to highlight the common desire of France and China to combat the burden of chronic diseases, particularly diabetes, by discussing the situation in both countries with regard to prevention and screening, care and new care pathways and by emphasizing the mobilization of all health stakeholders. The symposium resulted in the signing of a letter of intent between diabetes learned societies in both countries.

In this year of the 55th anniversary of Franco-Chinese diplomatic relations, and as part of the long-standing health cooperation between France and China, the French Embassy and the Chinese Centre for Disease Control and Prevention have joined forces to organize a symposium on diabetes. The fight against chronic diseases is one of the five priority areas of the Memorandum of Understanding signed on 9 January 2018 between the two French and Chinese health ministers during President Macron’s visit to China.

Diabetes is a major public health issue in the two countries. The prevalence of this disease, from 5% in France, now reaches 10.9% in China. The French Embassy and the CCDC wanted an emblematic event not only to develop scientific exchanges on the subject, but also to promote information on risk behaviours, prevention policies and new methods of care. The Embassy wanted to enhance the work of the Diabetes sector carried out by French Healthcare by giving it a broader framework, that of public policies to combat this disease, which mobilizes the entire health ecosystem.

The Health federator of the French Ministry of Foreign Affairs, Mr. Jean-Patrick Lajonchère, was received in the margins of the symposium by the National Health Commission to present this work.

The interventions of French and Chinese experts from the French-speaking diabetes society, the Chinese diabetes society, the CDC Chronic Disease Centre, the Academy of Medicine of France, the Sciences PO Paris health chair, high-level Chinese and French hospitals and a primary care centre provided a broad approach to understanding this disease, both scientifically and in terms of organising prevention and care, and from the point of view of the patient and his involvement.

The contacts made during the seminar between French and Chinese stakeholders, the signing of a letter of intent between the two French-speaking and Chinese diabetes societies bode well for the development of fruitful cooperation on this disease in our advanced societies. 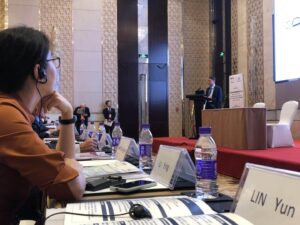 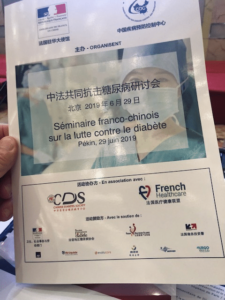 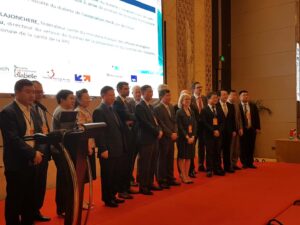 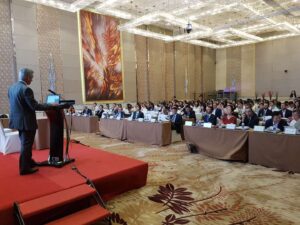 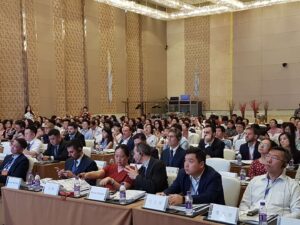 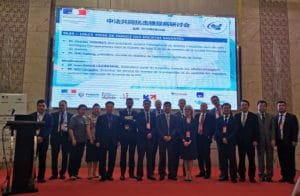 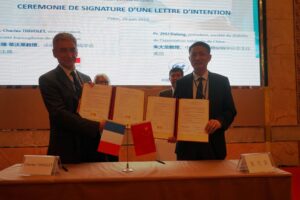